CALL FOR BOXERS TO REGISTER THEIR INTEREST FOR COMMONWEALTH GAMES 2018

You are here:
Boxing News

I’m now asking that all long list information is submitted by Wednesday 1st November, rather than the 3rd as previously stated. We will require a completed long list form, suitable photograph and scanned passport for every person who MAY end up going to the Games. If we don’t have the information, that person will not be accredited and a visa will not be issued. This was reinforced during a robust presentation by the Australian Border Force. There will be no exceptions.

Please be advised that the Ulster Boxing Council are currently working with the Northern Ireland Commonwealth Games Council making preparations for the Commonwealth games 2018.
In preparation for the selection process for the Commonwealth Games 2018 we require all boxers who want to be considered for nomination/selection for the Commonwealth Games 2018 to fill out the attached form and send in an acceptable photograph in accordance with the guidance attached within this email. Please note the return of this form will form part of the overall selection process.
All Forms must be returned by the deadline of WEDNESDAY 1ST November 2017. Please note if forms are late or not fully completed you will not be eligible to take part in any further nomination/selection process for the commonwealth games 2018.
Forms should be addressed to Charles Toland and returned to the IABA Ulster Office, C/o House of Sport, 2a Upper Malone Road, Belfast, BT9 5LA.
Lastly the Ulster Boxing Council are currently updating and amending the selection/nomination policy that will be used for the commonwealth games 2018.  In doing so we are working closely with advisors within the Northern Ireland Commonwealth Games Council, Sport NI and relevant IABA staff members. Once this Policy is finalised it will be distributed in the following weeks. 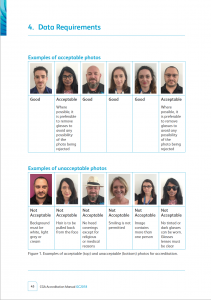 How to Make Weight Well with Stephen Floyd
7 February 2022